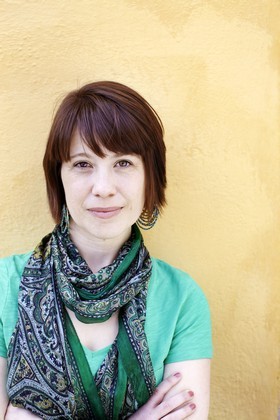 ”She will definitely achieve great things. She is flawless as a storyteller and I think she will go far.”
Yukiko Duke, Goodmorning Sweden, SVT

”Just because her characters are as ordinary as they come doesn’t make the stories dull, the elevation lurks where we least expect it and the abyss appears when we believe we are on solid ground. The retorts glimmer like razor blades during caustic dialogues”
M-Magasin

”Åsa Foster is one of the finest new short story writers around, mature and genuine already in her debut”
Borås tidning

I am the author of two short story collections, ”We don’t always have to talk about it” (2014) and ”People do the oddest things these days” (2015). My debut was short-listed for Borås Tidnings Debutantpris and my work has appeared in the Swedish, Israeli and Brazilian editions of Granta.

I write about Skåne, the southern most part of Sweden where I live, and about South Africa, where I used to live. But mainly, I just write about people.

IN TRANSLATION
My story ”Holiday by the Sea” in English, published in Swedish Book Review